Dasia’s dogs ran beside her, graceful greyhound mimics intuitively understood where her sails would spread as she walked the wind farm stalks. Dasia’s flaglike sails sewed to her skirt flared out in the exhaust of the domes, caught in her field, the final boundary between them and wild Mars measuring pressure and pollutants with every step she took. She was a windmill watcher and her greyhound mimics kept her company in the cool of the outmost field. She’d designed them herself. Long legs calibrated for speed to carry messages to the dome. Long necks packed with sensors to measure the currents of the wind, just like her sails.

They weaved through the rows, evaluating each of windmills’ performance, their spin and shine. They powered the dome, chopping against the poisonous thin atmosphere most of the Marsians would choke on if it weren’t for their work and constant vigilance.

She’d given up her lungs to do the work, allowing the colony docs to implant the mech filters in her chest to do the work of oxygenating her using internal colonies of algae. Her dogs had the same.

“Come,” Dasia said, following the wind as it filled her dress. The dogs trotted alongside, chuffing and snapping at each other, beautiful cyborgs, just like her. “Forty-seven needs grease.”

It smoked against the red of the sky and the billowing dust storm.

The dogs ran ahead, chasing the swirling dust devils that danced between the tall white towers that held the thumping blades high in the sky. Her forest, the only kind to be found on Mars. When they’d begun outfitting her to this job, before they’d taken her lungs and set her outside of the dome to work, they’d let her learn about life on Earth before the collapse. Her favorite subject had been forests. Tall, thick trunks and canopies of green touching the changeable sky. Control stopped showing her those images after they’d begun to add her implants and work on the programming about the windmills. They didn’t want her to be distracted.

Sometimes she still dreamed about green.

As Dasia walked toward forty-seven, it knocked and whirred with greasy anger and puffed smoke, black as the night sky. The flag of black smoke against the sky burned thick, acrid. The algae in her stomach tasted it. Only one windmill down would be enough to thin the energy shield of the dome. Control said she mustn’t let even one cease production. They depended on the energy to stay safe inside.

They set themselves in a circle around the base of the ailing tower. Outlanders and rogues might’ve done the damage to the blades. The net of windmill watchers occasionally reported it. Tired of living as outcasts, they might have fired on the energy all Martians needed. Didn’t they understand that all of Martians required that protection at some level. The marauders plugged into the dome’s energy grid as much as Dasia and her dogs did, even if only for a trickle.

She thumbed the button on her pack and it fired, jetting her up toward the blades locked and grinding against the machine’s internal whine. She landed on the platform and let her magnetic boots click to life, locking her safely to the metal surface. The wind at the top groaned and whipped around her, leaning into her body like it meant to push her off. The metallic thump and skrink of her magnetized steps jostled aside the howl of the wind in her ear-stalks as she made her way to the flap portal. She tapped the lock’s code into her wristmote and the square door popped open with a hiss, lifting up like a wing. She lowered herself down the ladder to the metal grid floor of the internals of forty-seven. Wind and solar powered the movements of the blades, but on the inside, the mechanics that captured power created by the movements outside were clunky and greasy and the smoke rose from the center of the turnstile that fed the batteries and the wires. Once her eyes adjusted, she saw the problem immediately.

He perched there, ragged clothes hanging from his muscled body, curly hair pulled back into a knot on top of his head, hand wrapped around a hook tool rusted and dented from use.

She jerked the knife out of her sleeve and let the light from the hatch reflect off the edge.

“Get out, pirate,” she told him, cursing herself for caring. Burying her care behind her growl. He’d been her pod mate when she was training, meant to be in another field like hers, meant to serve and protect the dome’s flow of energy.

He laughed, not an ounce of bitter in it. All I had were bitter laughs.

“Little Dasia. Dasia and her dogs. You don’t see that rebelling is life. I’m no pirate. I’m a freedom fighter.” He stood and crossed the grated floor, steam wafting around his boot soles like the clouds they’d seen in their training films. He gathered her up into his arms and hugged her tight.

She shoved him back. “I’m not yours to touch, pirate.”

“Don’t you remember me, Dasia? We were special to each other—”

“Until you went rogue. You abandoned us. Abandoned the dome.” She pressed the knife against his throat in desperation, drawing a drop of greenish blood before he backed away, raised hands palms up to show her he meant no harm. The tool, returned to the loop on his belt, hung there, no longer a threat. What pirate gives up his weapon so easily? He’d not attack barehanded. Not after how many times she’d schooled him in speed and strength, back in the pod. “What do you want?”

“Dasia, we are taking the windmills from them.”

The words clanked like bolts and nuts dropping from the works. Taking. She stared at him thinking about the wrongness of his word. From first breath they’d known their purpose. The songs, the lullybyes, and stories all about the wind and sails and duty from their pod days echoed in her mind. They were windmill watchers. Taking? How could he do it? How do you take a thing you were made to protect, that you are part of?

“You hear them telling you that you are only worth what you do. That you were made for these windmills, only. They trained you like me, showed you life in the dome so you’d know you weren’t good enough for it, then they took your lungs and your friendship and they sent you here. Alone.”

“You made those, Dasia. You. They allowed it to see if you’d stay longer. If letting you have that little freedom would keep you here.”

Dasia looked down at her gear and considered her life. Walking in the wind, breathing dust and carbon dioxide, talking to her dogs. She’d lost one this year. Their self-life short compared to hers. She should be serving these windmills for another hundred or more years. Alone.

“The shield protects them from the air and death,” she said.

He shook his head. “It powers that and all their other things. Their conveyances. Their lights. Shops and shows and pools and games. Their entertainment. A few less windmills won’t kill them, but it might make them listen.”

His eyes had always told her when he was sure and when he wasn’t. And he wasn’t this time. Not at all. But he believed in what he said completely.

It had been a long time since she’d believed in… anything. The knife slid back into her sleeve smooth and safe. They sealed up the windmill and dropped slowly together using their packs. The dogs gathered around her, though they didn’t growl at him. He’d never known them, but perhaps they knew him anyway through all the stories she’d told them about him and their days together as pod mates. As best friends before the windmill field.

She’d been a piece of a bigger machine for so long, working as she’d been trained. Spending her strength and breath on the windmills, but her dreams promised her so much more. So many times she’d seen him in those dreams, standing just as he was, offering her something she dared not take. A feeling she had no word for. The feeling of not being a piece of something bigger that she didn’t choose.

“What do we do?” She asked, glancing toward the bright blue dome where all of the clean colonists lived. Where they didn’t need algae and sails and cyborg parts to exist. Where they had each other and they didn’t have to think about spinning blades and white sails.

He grinned, “We go find the others and introduce you. Then, we’ll figure it out from there. Together.”

How she had missed that word. And him.

And they went deeper into the dust storm, together. 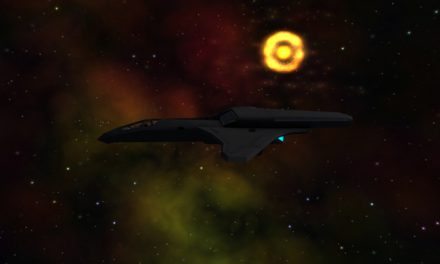 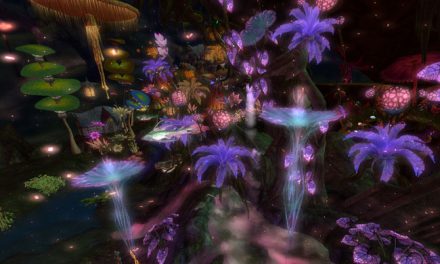 About The Aliens In My Apartment