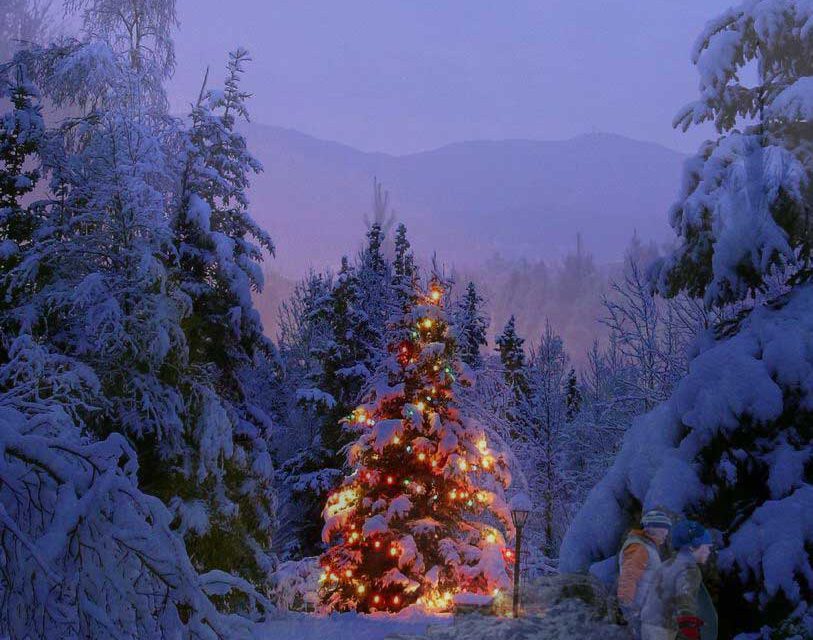 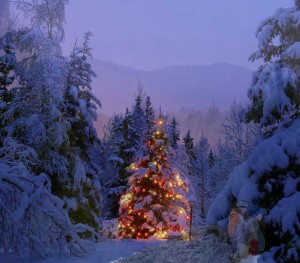 “Light”, is featured in the Aurora Wolf Anthology Four, “Aurora of the Mists”.

I awoke shivering, surrounded by a bitter cold, with no memory of where I had been before.  I could not see in a normal way, but sensed my surroundings.  There were mounds of snow on the ground and row upon row of evergreen trees.  A man in a flannel shirt and down vest moved toward me, and the next thing I knew, I had tumbled into the snow, puffs of white powder circling around me.

Realization dawned:  my arms were not arms, my legs were not legs.  The appendages I had were branches.  I was no longer human, but a tree.

Bound with string and loaded upon a truck with hundreds of others like me, a long journey took us into a bright city.  Every bush and tree along the road was lit for the season, the jingling of bells and the sound of carols rang in the holidays.

It was not long before I was hoisted off the truck and displayed with the others, our strong scent of pine mixed with the smell of fire from crackling barrels nearby.  This was a good lot.  There were no Charlie Brown trees; we were all strong, bushy and proud.  Children ran excited around us, speckles of snow adorning our bare branches.

The following day a family approached, a lovely couple with two unruly children.  The oldest of the children pointed up at me.

I was swept away and secured to the roof of a minivan for the short ride to their home, then removed with great care by the father.  I felt rather proud of him, such a conscientious young man.  The children ran around, excited and chattering, as I was carried inside, the smell of warmth and food filling my senses, a memory from another life.

The mother brought in boxes of decorations as the father set me upright.  I was dipped in cool water and a resurgence of life flowed through me as I soaked in the liquid.  A string of colored lights was wrapped around my limbs, and the children clamored to place ornaments on my branches.  The silver hangers tickled as they were placed between my needles and I giggled with joy.

Finished with their decorating, the family stood back and watched as the father switched on the lights.  I felt myself glow and brighten the room, the warmth of the lights like slipping beneath the covers of a toasty quilt in winter.

The happy family oohed and ahhed at the display and the mother reached down and patted the head of the older child.

“You did a good job picking the tree, Jimmy.”

The child looked right at me.  “It reminds me of Grandma.”

As the mother’s eyes brimmed with tears, I began to remember who I had been before.  Flashes of memories and emotions moved through me, and I recalled the wish I had made before I passed into that final bright light.

Can You Spare a Dollar? 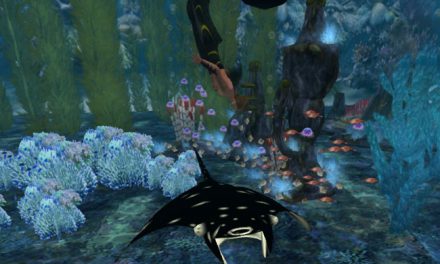