The Boy Beneath the Beech Tree 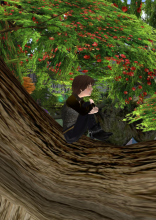 The Boy Beneath the Beech Tree

Once, not so long ago, a young boy lived with his grandmother in the woods outside a small town. His mother and father were gone, and his grandma was his only family.

His grandma was old, confused and forgetful, so David helped her to buy food, cook meals, and clean up their small house. David was still small, but loved his grandma and worked hard to make her comfortable.

Now, just outside the house and overshadowing it was a large, old beech tree with gnarly branches and roots. The beech tree was already old when grandma’s house was built, and living under the tree, in its roots, was an old, gnarly troll, even older than the tree.

The troll, whose name was Plumblump, watched from the tree every day as the boy cleaned and washed and chopped wood. I need a boy like this, he thought, to take care of me.

Plumblump looked around at his cave under the tree. Roots grew here and everywhere, running up and down and criss and cross so he had to crawl between roots from one part of his cave to another. And Plumblump had short stubby legs and a thick belly, which made crawling around very clumsy.

This boy could work for me, cleaning up the old bones and digging dirt from around the roots so I could walk around. By Lardilummox, I think I’ll kidnap him.

And so Plumblump began paying close attention to what was happening in the grandma’s house, sneaking out at night to look in the windows and listen to David and his grandma.

One night, after David had cooked the dinner and washed the dishes, grandma took his hand and said, “David, I must visit my sister Desdemona, because she is depressed. There is no room for you at her house. But do not worry, I will ask the Franklin family to take you in for a week while I am away.”

And one day a wagon came to take grandma away for her visit. “Don’t worry David,” she said, “The Franklin father will be coming by later to pick you up.” And off she went in the wagon.

But grandma, as she often was, was confused. She had forgotten to ask the Franklin family if David could stay with them, and so the Franklin father would not be coming.

That afternoon David chopped more wood and washed the clothes so that grandma would have clean clothes when she returned. When darkness came and the Franklin father had not arrived David was not afraid. Grandma was confused, he thought, the Franklin father will probably come tomorrow.

But Plumblump had been waiting for his chance to pounce. David and his grandma never locked their front door, and after David cooked his meal and washed his dishes and went to bed Plumblump simply walked in, grabbed David by one arm and his hair,  dragged him out of the house and down into the cave under the beech tree.

David struggled, but the troll was really strong, so strong he could bend bones and break them. And David was more scared than he’d ever been before, for Plumblump was unusually ugly, even for a troll. He had warts on his face bigger than David’s thumbs. His teeth were pond scum green and chipped from chewing on bones. His hands were as gnarled as beech roots, with curved claws.

“My grandma will be coming after me,” David yelled.

Plumblump had not talked to anyone for three times David’s age, so he hissed when he spoke. “Your grandmother is ssso confussssed ssshe’ll think you wandered off and got lost in the woods. Poor little lost boy, ssshe’ll never find you. And by Lardilummox I swear I’ll make a good slave of you.”

Plumblump put an iron collar around David’s neck and locked it with a key The collar was attached to a thick iron chain, which was bolted into the thickest part of the tree.

“You are my ssslave ssson. You will clean out the bones of animals and people. You will ssshovel wider openings for me to walk around in my cave. You will be fed roots and mushrooms and worms. And if you do not work as I wisssh your bonesss will be added to those on the floor.”

David began to cry. Who would help him? Who would take care of his grandma?

“You can cry asss you work,” Plumblump said,” crying isss sssoothing to me.”

And so for three days David cleaned  the bones, broken and whole out of the cave. After dark, Plumblump showed him a bog in which to put the bones. And for two more days David  dug wider walkways so the troll’s fat belly could bumble through the cave.

On the sixth day, the day before grandma was due back, David was still digging.

“Who will watch over grandma,” he thought. “She only has me and I only have her.”

And just then his spade sliced into a skunk burrow. The skunk father and mother hissed at him worse even than the troll’s hiss. But they did not spray their skunk stink at him. For the troll ate almost any animal and thought that skunk smell was sweet. If the troll smelled skunk he himself would dig until he discovered and ate them.

So the skunks just stared and hissed at David, until the father skunk waddled his way up to David and looked him closely in the face.

Now, everybody knows that skunks can’t talk. But when they’re awfully anxious they can convey broken bits of thoughts.

“Boy. Boy! You dirt back put. Troll us from save.”

David, scared and shocked, said nothing.

And the skunk noticed the collar closed around David’s neck and the chain clanking behind him.

“Boy.Boy! Ah. Protect us you, Free way get to you tell.

David thought he understand. He began to talk to the skunk and in his skunkish style the father skunk thought back. And amazingly they agreed.

David dumped the dirt back over the skunk burrow, and covered it over with rootlets and rubbish. Then, when he next went out with a bucket of bones, he carefully picked the plants the skunk had said to select. He pounded the plants into a pulp, and put the pulp into the troll’s water pot.

That night David served Plumblump a big bowl of water.  the troll bolted down the water in the  big bowl and belched. Then plop, before Plumblump could put himself to bed, he fell asleep on the floor.

David poked his finger into Plumblump’s paunch once, twice, three times, but the sleeping troll just snored. David needed to find the key for his collar and proceeded to put his hands into Plumblump’s pockets.

A dead toad in one pocket, a mouse trap with mouse in another, a rusty knife- Ah. The key. David clicked the key in the lock and the collar fell off.

He was ready to run away, but took time to think. If he left the troll loose it might keep trying to kidnap him. So David clicked the collar onto the troll’s neck. Let him eat mushrooms and roots and worms for awhile.

David put the key in his pocket and ran away home. He just had time to dust and sweep before bedding down.

The next morning David’s grandma returned in the wagon.

“I hope the Franklin family was hospitable,” she said.

“Yes, grandma, it was great. What would you like to eat?”

That evening, in the quiet after dinner, David could dimly hear the troll hissing from his cave and shaking the beech tree.

But David kept the key in his pocket.

His grandma, although confused and forgetful, could hear the troll as well.

“I hear hissing David, what is that noise?”

“Just the wind whining through the beech leaves grandma, and trembling the tree. You should go to sleep.”

Plumblump kept hissing and crying and after a week David began to feel sorry for him. One evening, at dusk, he crawled back under the roots of the beech tree. Plumblump was almost skinny from his diet of roots and mushrooms and worms.

“Plumblump, if I release you, will you solemnly swear to never be seen by me or my grandmother again?”

“Will you swear by Lardilummox?”

David paused. And will you also swear by Lardilummox to never eat skunk again?

“Never mind. Will you swear?”

And so David released the troll and he and his grandma went back to living just as they had before. David never saw the troll or the skunks again, but every Friday evening he would put two hen’s eggs at the base of the beech, and every Saturday morning there would just be egg shells and the faint, faint odor of skunk. 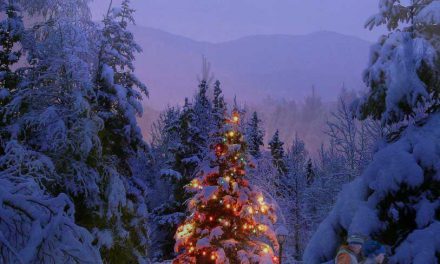 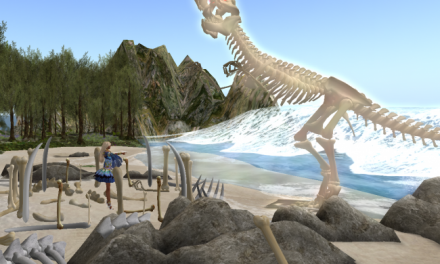 The Bones Left by the Storm

The Fish with Legs 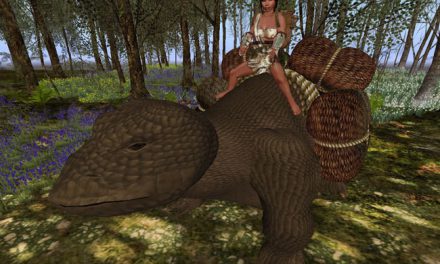