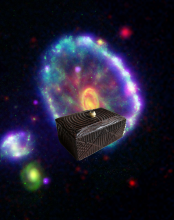 There was a village where dreams no longer existed.

The hushed tones of the wind blew over a dark village. A little light spread over the houses, enough to see shadows walking on the gray streets. The people wore stern faces and dark clothes. They gave each other smirks and pushed each other aside as they hurried to a house in the center of the village.

“We must deliver our dreams to the Dream Catcher Tonyo,” Helena said.

Helena had fair white skin and her brown eyes were drowned in a pool of white. Her black hair drifted over her shoulders like a silk raven flying across a blue sky. She hid her face with a black hood that revealed only her eyes. Tonyo stood in contrast with his dark brown skin and black messy hair.

“Get your box and let us join the villagers lined up for the sacrifice.”

Tonyo took the little black box hidden inside the cabinet in their living room. He brushed off the dirt clinging on the cover. He opened the lid a bit and took a peek inside. A small glimmer of light shook from the top and bottom of the box. Tonyo closed it right away so that the dream would not escape.

“Close the door behind you when you leave. I’ll go on ahead.”

The village was bustling with villagers carrying little black boxes for the Dream Catcher. A faint light flew over the city revealing pale shadows of houses and unrecognizable faces wearing black shawls and dark shirts.

“Tonyo! Tonyo! Over here!” Laura cried out. Tonyo walked toward Laura and smiled to greet her.

“Did you bring your dream for the Dream Catcher?” Laura asked.

“Of course I did!” Laura showed off her black box with a grin as wide as the crescent moon in the night sky.

“What did you dream of last night?” Tonyo asked.

“I don’t understand your questions Tonyo. Just do as your told.”

“Haven’t you thought about why we give our dreams up to the Dream Catcher?”

“Yes I have, he uses our dreams to keep the village alive. We don’t need dreams to live. Aren’t you satisfied with what we have right now?” Tonyo stood in silence and thought about what Laura said.

“I guess you’re right Laura. I shouldn’t be asking these questions. I just wanted to know what it’s like to dream for once because all our dreams always go to the Dream Catcher. I was curious as to what makes dreams so special that he needs dreams to keep the village alive.”

“You think way too much Tonyo.”

A muted buzz filled the air as the villagers watched and waited for the Dream Catcher to come out. All the villagers lined up outside his house and looked up at the balcony for his arrival.

“There he is!” Laura shouted.

A man with a black robe and a hood encrusted with jade came out. All the villagers looked up in awe and prepared their black boxes for the Dream Catcher. The Dream Catcher removed his hood. A skinny gray haired man with a scar on his left cheek looked down on the people, a smirk grew on his face.

“Listen! Prepare your dreams for the sacrifice! We must feed the village with your dreams!”

“What do you do with our dreams?” Tonyo blurted out.

The Dream Catcher smiled and gave out a faint laugh.

“I need it… I mean for the village,” the Dream Catcher said.

“Why does the village need our dreams?”

“To keep it alive. Do you want to disturb the order in our village little boy? It gives you all you need. A house, a family, no one bothers you here.”

Tonyo was not content with the Dream Catcher’s answer and decided to find out what he did to their dreams. He moved as far away as he could from the house so that he could think of ways to get inside. He dragged Laura with him.

“Where are we going?” asked Laura as she fussed with her wrinkled black blouse.

“I have a plan Laura,” Tonyo whispered.

“I’m going to break into the Dream Catcher’s house.”

“I’m going to break into the Dream Catcher’s house Laura and I would like to ask for your help.”

“Why are you breaking into the Dream Catcher’s house in the first place? And why would I help you do it?”

Tonyo looked at Laura with his little brown eyes.

“Don’t you want to know what happens to our dreams?”

“I already know, didn’t I tell you a while ago?”

“Aren’t you curious as to why he keeps our dreams?”

Tonyo rubbed his eyes and heard laughter and cheers outside his bedroom window. He put on his pants and jacket to see what the commotion was all about. He opened the window and an explosion of light blinded him for a moment. There was a feast in the village. The villagers wore smiles and bright colored clothes. Everyone shared what they had. They gave each other baskets of mangoes, bananas and papayas.

He rushed downstairs and saw his mother Helena beaming with a smile as bright as the sun.

Helena wore a white dress that showed her porcelain skin and beautiful brown eyes. Tonyo was surprised with his mother’s appearance. Tonyo sneaked out of the house before he ate breakfast. As soon as he stepped onto the street he woke up in his room.

“What happened? Where was I?” he asked himself.

“Laura! Laura!” Tonyo called out as quiet as he could.

“I’m coming…” Laura whispered through the window of her bedroom.

A gray shadow formed a blanket over the sleeping village. The houses were in full gloom as the pale half-moon frowned on the village.

“What took you so long?” Laura asked.

The two walked slowly toward the center of the village. The Dream Catcher’s house was surrounded by shadows mixed with a pale light.

“How did you have a dream? We weren’t supposed to be able to dream.”

“I’m not sure. It was very real like I woke up from a darkness that veiled my eyes.”

“I have a feeling we’ll get an answer from the Dream Catcher.”

Tonyo and Laura climbed the tree beside the house. They were surprised that there were no locks or barricades that prevented them to enter. Once inside they saw an old chandelier hanging on the roof. The house had two floors. The furniture was covered in dust and the Acacia wood cabinets were half eaten by termites. An eerie silence crawled between the walls.

“Where do you think he hides the dreams?” Laura asked.

Tonyo opened the door to the attic as slow and as soft as a pillow.

“Look!” Tonyo pointed at the small black boxes pile on top of each other at the center of the room.

“Quietttt…” Tonyo whispered. “The Dream Catcher might hear us…”

“The dreams are still in the black boxes.” Tonyo opened one box and a dance of light bolted out of the box.

The gloomy attic was filled with a ray of light, a dazzle of yellow sunlight and a brush of green plush leaves were illustrated on the walls. The box projected a little girl playing with her mom in a field full of flowers and white butterflies. They both saw the mother and daughter trying to catch butterflies with their nets. They saw the beaming white smiles and the air of happiness that surrounded them.

A village bustling with laughter and merriment dripped over the walls of the attic. Orange light lighted the smiles of the villagers. They shared baskets of fruits, mangoes, bananas, melons, and so much more. They helped each other with their chores and repaired each others’ houses.

“That’s the dream I had last night!”

“No wonder he wanted to keep these dreams to himself. These dreams are beautiful,” Laura said.

The room was suddenly filled with a dread that crawled up the skins of Laura and Tonyo. Suddenly, darkness enveloped their small joy of watching the dreams.

“WHAT ARE YOU DOING IN HERE?” the Dream Catcher shouted as loud as thunder.

“We came to take our dreams back!” Tonyo shouted.

“You can’t take them the dreams are for me…*ahem* I mean the village!”

“You can’t keep them here! The dreams are for everyone!” Laura shouted.

The Dream Catcher hid a dagger behind him. He veiled it behind his hood and cape.

“You saw the dreams in those boxes, haven’t you? I have news for you kids. Dreams aren’t all that good and happy,” his voice raspy like a fork scratched on a black board.

The Dream Catcher took out one black box and opened it. A woman crying in her bedroom was projected on the walls. Her tears wet the pillow and her sobs composed a sad tune that rustled with the leaves outside her window.

“My Lito! My Lito!” the woman in the dream cried. “Where have you gone?”

“Her son got lost in the forest and never returned,” the Dream Catcher said.

Tonyo and Laura were distraught at the image they saw. The Dream Catcher captured their attention.

The Dream Catcher opened another box.

“Who is going to play with me now?”

The woman sobbed as the dream faded into the shadows.

“You still want to share the dreams with everyone else?” the Dream Catcher said.

Tonyo looked up with a glimmer of hope in his eyes.

“I can’t let you keep these dreams to yourself.”

The Dream Catcher took his knife out and threatened Tonyo and Laura.

“Stay away from those dreams! They’re mine!” The Dream Catcher lunged toward Tonyo cutting him on the left arm. Blood started to trickle down from the open wound.

“Tonyo!” Laura shouted as she picked up a loose board on the floor.

The Dream Catcher got up and lunged at an unknowing Laura from behind. Blood dripped on the floor. Laura felt a nudge and looked behind her. A knife was stuck on the right shoulder of Tonyo. A stunned Dream Catcher looked on. With his remaining strength Tonyo took the knife out and grabbed the Dream Catcher and Laura also grabbed him as they both shoved the Dream Catcher through the window.

“NNNOOOOOOO!” the Dream Catcher shouted but before he hit the stone street he vanished into thin air.

“You’re hurt Tonyo. Let’s get out of here quick!”

The dreams made their way through the village with its tail of light. It entered the homes of the villagers as the moon lit up the night sky.

Tonyo held onto his little black box as Laura helped him walk.

“You’re going to be all right Tonyo we’ll get you to the doctor. You’ll see the village filled with dreams now,” Laura said.

Tonyo opened the lid of his little black box and took a peek inside. He felt the warmth of the soft light inside the box. He saw the village filled with laughter, he saw his mom Helena laughing and cooking dinner, he saw Laura with her hair down and smiling at him.

Tonyo smiled and held the little black box between his hand and Laura’s.

Tonyo closed his eyes for a moment.

And when he opened them, he saw the village of his dreams.

A Tribute to the Heart

One Kind of Leap