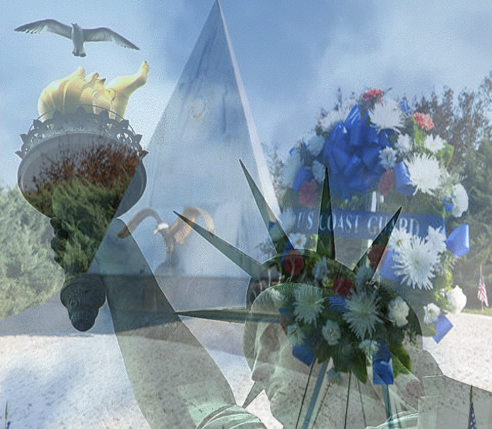 “After you work, Stanley. You know the drill,” the pretty US Coast Guard Reservist and Rescue Gull Handler, Lieutenant Marilyn Sanders said.

She scratched her feathered charge under the chin, and then sat back on the deck of the cutter, shading her eyes from the hot coastal Florida sun with one hand while looking out over the ocean to see if the stricken oil tanker was in sight yet.

Should have brought my sunglasses. She’d forgotten them in the rush of this 11th hour scramble to assist the terrorist-attacked ship.

“Lieutenant, is your gull ready?” Captain Dorman called over the loudspeaker from the bridge of the Margaret Norvell, one of four of the Coast Guard’s Sentinel-class Fast Response Cutters (FRC) dispatched to the emergency. The cutter was racing at full speed toward the approaching damaged tanker.

She held up a hand and scowled up at her superior officer watching them from his bridge overlook perch above their deck. “Wait a minute! – butthole,” – under her breath.

Marilyn smiled at the charming enhanced intelligence bird, one of four genetically modified gulls under her care and training and normally housed at the enhanced animal ops facility back in Miami. The other three gulls were still in their cages, below deck, out of the hot sun. She hoped she wouldn’t have to send them, also.

“You understand that this is the button game, right?” Marilyn said.

“Buttons! I love buttons!” Stanley said increasing the tempo of his head nods.

Marilyn bit her lower lip and choked back a sob. She’d been briefed on the mission a few hours earlier. There was no way she could explain to Stanley just what his part in the mission was going to cost him. Yet it had to be done by someone or some thing that could push buttons. heli-drones, like the one she was sending along with Stanley to vid-cord Stanley’s actions in case another gull needed to be deployed – didn’t have the dexterity needed to pull it off. With a final sigh she reached into her bucket and gave Stanley a small herring. He gobbled it down and looked expectantly up at her.

“More fishy treat?” The gull said, hopefully, twisting his head this way and that to focus on the bucket.

“Sorry, Stanley. You need to be light for this flight.” And I don’t want you vomiting all over the place and getting too weak to do the job when the radiation kicks in, she thought to herself.

This time it was Marilyn head-bobbing while the tears streamed down her cheeks and Stanley jumped first to the cutter’s railing then launched himself into the air. Marilyn stood and pointed, shouting to the gull. “That way, Stanley!”

Quick double shriek from her friend and Stanley accelerated even as the cutter slowed and came to a complete stop in the small swell. It wouldn’t be safe for humans to get any closer to the approaching death ship.

The pilot house of the Margaret Norvell couldn’t possibly hold any more equipment or personnel.

Marilyn had commandeered the use of two work stations to set up her heli-drone equipment. At the moment she was tailing Stanley in a heli-drone slightly above and behind him. Stanley was used to such observation – and used to Marilyn’s voice over the tiny-sounding speakers installed on the heli-drone directing him. For Stanley’s part, he somehow associated the heli-drone as a part-Marilyn, a winged version of his beloved handler.

Her heli-drone carried a light payload – it wasn’t designed for much more than vid-cording and reconnaissance.

The first sign of the tanker was the black roiling smoke on the horizon.

Even though the dirty bombs the terrorists had planted on the tanker had gone off prematurely rather than in port – and even though they’d been planted in venting near the crew quarters and work stations, they had only managed to kill the crew – not blow up the ship.

And this is where Stanley came into the picture.

Marilyn watched Stanley from the heli-drone’s camera while the gull rapidly descended. The gull coughed when he entered the smoke plume.

“Sorry Stanley, we must go in here,” Marilyn’s metallic voice said from the heli-drone.

“Okey-dokey, Marilyn-bird. We go in then.” Folding his wings Stanley took a deep breath of semi-clean air and plummeted toward the ship. Marilyn’s heli-drone accelerated attempting to keep pace with the large bird.

When Stanley pulled up and rapidly back-winged to hold position above the ship Marilyn nearly collided with him.

“Wait here, one, Stanley,” Marilyn said over the speakers. The heli-drone rocketed forward.

The smoke was thick, obscuring the bridge of the ship as the heli-drone circled the massive supertanker. Yet from time to time Marilyn could see its bomb-blasted and shattered windows. Stanley wouldn’t have been able to enter the bridge had they not been blown out. A gust of turbulent wind made her fight for control of the heli-drone when it approached the pilot house of the ship.

There, forward windows blown out. Stanley can enter there. Back on the Margaret Norvell, Marilyn nodded to herself. As if in answer, her heli-drone made a short curtsy as if in honor to the supertanker before it climbed back to Stanley.

“Come with me, Stanley,” the heli-drone said.

“Rodger-dodger, Marilyn-bird!” The two dropped like stones and pulled up alongside the gigantic ship’s pilot house.

“You can go in from the front, Stanley. Follow me,” the heli-drone said.

They entered the ship.

Inside the tanker’s pilot house, crew-members slumped over the controls or lay immobile on the floor. Back on the Margaret Norvell, someone behind Marilyn gasped when they saw the bodies. Marilyn didn’t bother to turn to see who it was. “Okay which controls?” Marilyn asked the tanker steersman brought on board in the same rush that had scooped Marilyn up.

”There. That panel,” said the hair-mussed and fat seaman. “If your gull can push those buttons the ship will turn around and head back out into deep water.”

“Stanley come to me,” Marilyn said.

Marilyn groaned. It was so hard to put Stanley through this. She’d raised him from a chick.

She choked back a sob, gathered back her aplomb. “Please, Stanley, come here, little chick,” she said, calling him one of her first terms of endearment before she had named him.

“Okey-dokey, Marilyn-bird. I come.” Stanley lifted from his perch on the bridge window sill and flew to the panel Marilyn’s drone hovered over and landed. “Push which buttons?” he said, pointing his beak at the panels.

The steersman leaned over Marilyn’s shoulder and pointed them out.

“This red one up-up, that green one down-down, and this yellow one to the side,” Marilyn said, using their common language for degree. She knew from experience that Stanley’s ability to see color was much better than her own, his vision range extending even into the ultraviolet spectrum. Stanley pushed the buttons, coughed again, and slipped from the panel to fall to the floor – tried to get back on his feet – coughed again and slumped over.

“I feel bad, Marilyn-bird. Bad-bad.” He settled back and opened his mouth panting fast. The drone set down beside him and spun down its main rotor to stillness. On the belly of the drone a small hatch opened and a little herring dropped to the deck, sliding forward on its fishy slime, to within reach of Stanley. Stanley opened one eye, saw the treat and extended his neck to rest his head on the fish. He pushed his body forward on the deck with his feet, sliding the fishy treat along with him, until he closed with the heli-drone – opened a wing, covered his metallic friend in a loving embrace.

Marilyn’s salty tears burned her sunburned cheeks as they slid down freely. Her voice broke twice before she was able to speak. “Alright, little chick. You take a nap and I will guard your fishy treat for you.” She knew Stanley wouldn’t rest easy if he thought his sibs might steal his fishy treat.

“Okey-dok…” a whispered sigh, a few small gasps, one long exhalation and the gull stopped breathing.

Back on the pilot house everyone was silent but Marilyn. Marilyn wept without restraint. The crew kept their distance, respecting her emotional catharsis.

In the bigger picture of things, Miami was saved now from the radioactive tanker, which would either be cleansed by haz-mat crews on the way or perhaps even sunk in deep water if after more in-depth analysis, that wasn’t possible. In any case, Marilyn’s mission was over.

Mark Wolf has stories published with bizarre titles such as “Bubba Versus the Werewolf,” “Killer Krill from Outer Space,” ”Flat-Cat Frisbees and Bullfrog Amputees,” and more recently, “Revenge of the Rabid, Killer Werepossum.” He would write more such stories if his attendants will ever give him back his crayon during activity time. 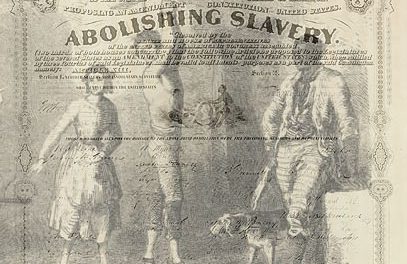 Fitzhugh Vs. Fitzhugh, or The Thirteenth Amendment 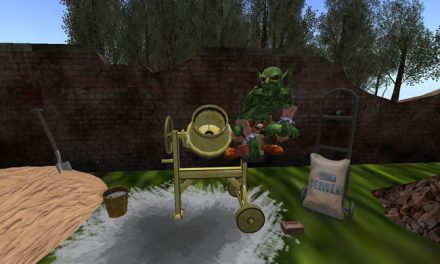 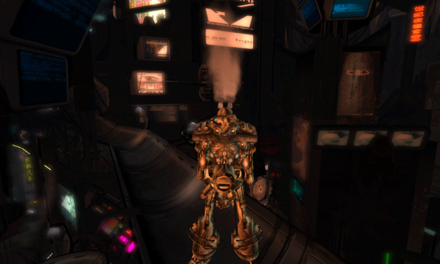