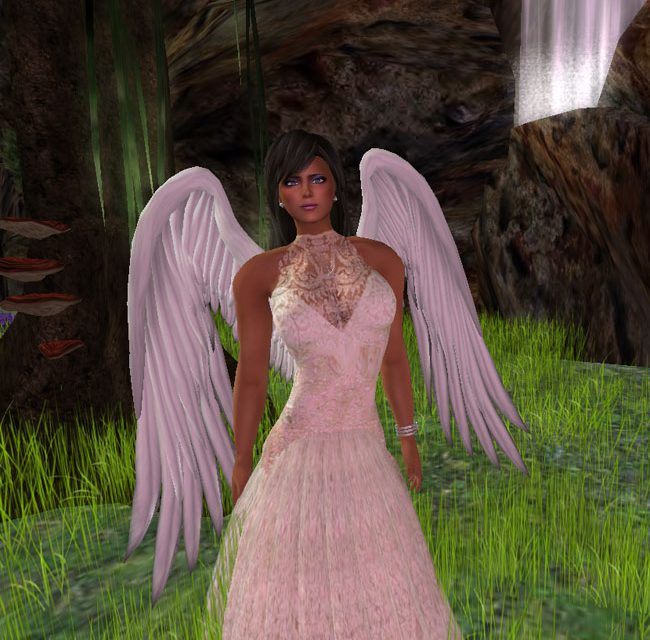 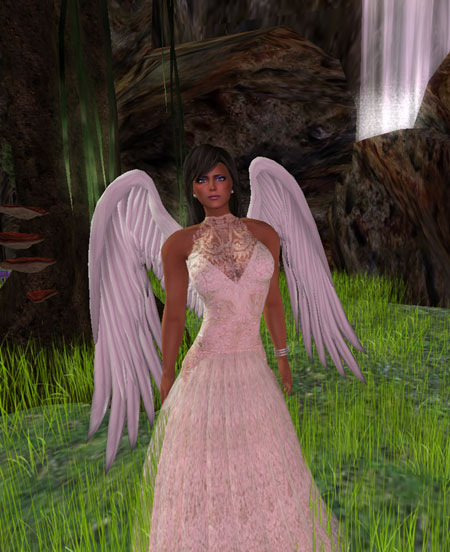 Do You Have a Marriageable Mother?

I paced my driveway at dinner time feeling my belly rumble. An artificial famine had descended on me, fogging my senses. I couldn’t reason past my next meal. Anxiety forced unworthy decisions.

No, I wasn’t alone on a rocky island or chained to a dungeon wall. My situation was worse. I was dealing with unreasonable choices.

My name is Ryan Hogue. I’m a widower, age 50, father of a grown daughter.

Janet had been gone six months. I couldn’t sleep unless I was at the office. Too sick to think. I was hungry. Dizzy. Hurting. Hearing voices—or, rather, one voice. Hers.

I’d been slightly insane the first few weeks after Janet died. School was out. No teacher. Life was permanent recess. I could eat what I wanted whenever. Pickled pig’s feet. Sauerkraut and wieners. Prime rib every night. Six-egg omelets. 30-proof milkshakes. Pastries at the office, piles of them. Gallons of coffee. Chocolate-covered anything.

Above all, joy in a desolate world existed in food.

And I was surviving. Without her.

“Surviving. Is that what you call it?” Janet. Challenging my accomplishments from beyond. Again.

Getting by fine until I received my report card. I had the Big One at a restaurant after the fudge cake and before the marionberry cobbler. My next memory was waking at Abernathy Memorial. Tubes. Drip bags. Electrodes. Monitors. Concerned staff.

Later, Michelle. A Michelle I didn’t know. Deadly calm. Deadly calm. How’d she find out? The hospital staff was sworn to secrecy. I’d told the office I’d been on a short business trip.

Now I had a daughter with a mission to save my life. One itsy-bitsy heart attack and she went berserk, taking the town along. Abernathy, Oregon, population 1950, a village lacking in social causes so why not adopt Michelle’s? Daughter, get a life—in other words, butt out of mine. Let me go peacefully.

Michelle papered the town with red envelopes containing diet plans for me. I ate out a lot. Daily. Nightly. All the time. Once, I could cook but the kitchen was Janet’s territory and I wobbled crossing her threshold. I’d given up preparing dishes more complex than corn flakes.

I depended on restaurants and Pizza Roy for sustenance. Roy was an old friend who understood my issues and kept the two of us amused by delivering oddities that passed through my head. Like deep-fried peanut-butter sandwiches. Huevos rancheros on a pizza. Life’s necessities. My pile of pizza boxes almost reached my ten-foot ceiling. I’d moved tables and stacked newspapers on either side to brace the boxes from toppling.

Michelle prattled on about how my housekeeping was releasing odors and forcing headaches on my neighbors. So what? The same neighbors had sicced a landscaper on me because I hadn’t cut the grass since Janet passed. Screw ‘em. Tell ‘em to take their meds.

Red envelopes? Listen to my evil laugh. This was war.

So I paced my driveway stalked by malnutrition. Where in hell was my pizza order?

I raised Roy on my cell. “Roy, where’s my delivery?”

“Don’t know. Toby should have been to your place and back by now.”

“Are the cops still a problem?” Michelle had enlisted city hall in her cause and the local law had intercepted my deliveries.

“Uh, we made a few concessions.”

Bad words. My guts growled. I closed my eyes and a herd of blueberry muffins stampeded past. So did Janet. I opened my eyes to reality. “Concessions?”

“We agreed to eliminate anything on your pizza that we didn’t have on the menu a year ago.”

The condemned man refused the blindfold. Janet was hiding in the dark. “That’s the good stuff. What about the cops? Don’t you deliver to the station house?”

“We did until the new commander took charge. She’s on a diet.”

“Ryan, Michelle needs a boyfriend—preferably one with problems to fix.”

Not news to me. “Then maybe she’d get off my case. Ya think?”

“Our baby does need a boyfriend. Right after you get a girlfriend.” Janet. With a semi-sincere smirk behind the words.

I disconnected from Roy and jumped in my car determined to go to the mall outside of town. I’d heard the mall had food. Not necessarily good food. I could dine and piss off Michelle. Go where they don’t know me. Eat.

I turned the corner of Mission and Main and passed by Toby’s pizza truck. Addie and two other elderly ladies had trapped him at the curb, whacking his truck with canes. Octogenarians. The neighborhood watch had replaced the police. Toby cowered inside. Michelle had scored.

I’d hoped Addie would surface on my side in the battle for my stomach’s soul. She’d been Janet’s longtime friend. And Michelle’s confidant. Did Addie have conflicting loyalties?

Addie and I were friends. I suspected Janet’s loss had hurt her as much as me and I wasn’t living a life of which Janet would approve. Or Addie. I’d gifted Addie with the remote-control activating the new cold-water shower over my front door. She got to choose who got soaked and who waltzed away dry. Politicians and religious recruiters were in for a tough haul.

I’d seen a wet patch on the porch of my suburban fortress—Addie and the shower must have scored. The rose bush over my yard’s one-thousand-gallon manure pit was missing. I couldn’t build a moat to repel snoopers, so I’d settled for a shallow, mushy trap. Besides, alligators weren’t native to Oregon. Someone must have fallen in and taken the bush home. Addie oversaw that little project too. So why was she hassling my pizza deliveries?

Showers over the porch and manure pits weren’t installed to make friends. I didn’t want any. Allow me the next coronary so I can join Janet.

The sign on Toby’s van now read, Midnight Window Washing—a clever but unsuccessful ploy at suburban camouflage. I passed the restaurant where I’d ordered steak on my last visit and the waitress had served quiche. She’d smiled sweetly and told me I’d love the flavor. I hadn’t.

I entered the horseshoe-shaped court where mini-restaurants served food around the perimeter. Diners munched at tables in the middle. I smelled hamburgers grilling and deep-fat fryers in action. Raw onions on the grill—divine.

“This place is despicable. Do you want to meet your maker reeking of onions while trying not to fart?” Janet, the culinary reviewer.

The music matched what I needed, the soothing strains of a Strauss piece, the theme from the movie 2001: A Space Odyssey. I’d arrived in heaven.

I approached the chocolate chip factory. The girl waved, and I hurried. Give me a dozen to scarf down now and a bag to go. Quick! A metal barricade like a stainless garage door descended, cutting me off from the cookies. I stared at the shutter’s four-foot cookie logo a moment, trying not to cry in public.

I swiveled toward Happy Taco next door. Another girl, another wave. She seemed sincere. Build me a couple big burritos, Miss. I’ll eat them at your counter. I want grease running down my chin. I want to pass gas. Loudly. And add two to go. Again, a steel curtain closed over the counter as I neared. Desperation assaulted me. I beat fists on the shutter.

Michelle. I sensed her machination.

I raced to the third vendor, whose Chicago-style hot dogs broadcast an odor—a siren’s song for the nose—making me salivate. The girl blew me a kiss as the steel shutter dropped, trapping my hand on the counter. I jerked free. Ouch!

Janet cackled from behind the steel partition. “She’s got you, honey. No pizza. No hot dogs. Give up?”

“Never.” I spoke too loudly, and the nearest couple looked from me to the metal dividers. Other diners saw the closures, shrugged, and kept eating.

I must have looked the way I felt. A little boy pointed at me from where he was dining with his sister and parents. I stared back. Look at them. Unconsciously happy. Don’t they know the bliss will end someday? Daddy / husband is smug and selfish, wallowing in the knowledge someday he’ll go first and never be alone. I turned away.

“Knock off the pity-fest. You’ve never been truly without help.” Janet the sensitivity trainer.

Michelle’s game continued through more fast-food stands. Pain and panic and rage and hollowness from missing Janet swirled through me. Then I encountered the eatery serving nutritional delights, guaranteed fat-free and fiber foolish. Must I? While I agonized, the cookie factory reopened and the barricade rose on Happy Taco. Ahead, the next two food vendors remained unavailable. I yearned for a beer and a brat.

“Our daughter loves you, you know. Now grow up and surrender with dignity.”

Surrender? Janet, the Queen of The Button Pushers.

At six, Tom Snethen wrote stories about space ships and ray guns and Martian houses—never dreaming he’d get self-flushing toilets someday. Now he’s an Oregonian writing about the saints and scoundrels he met in a career as a manufacturing chemist. His nonfiction ranges from throwing a flaming mattress out a brothel window as a volunteer fireman to borrowing a bank robber with needed skills from the penitentiary. He has written about being a widower at fifty—alone and scared. He lives to incinerate stale stereotypes—whether about industrial chemistry or the pursuit of happiness for men accidentally single. 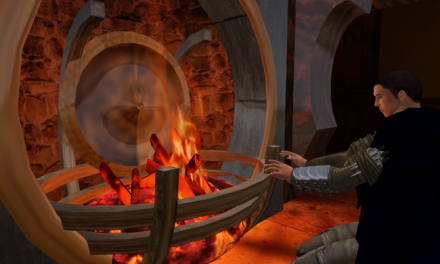 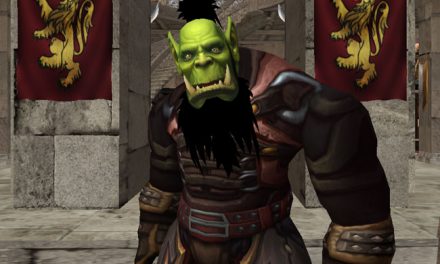 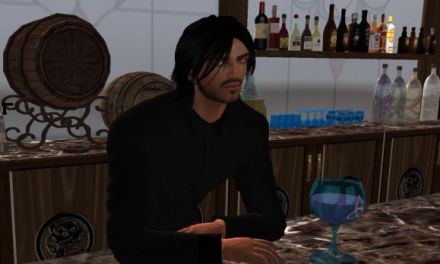 The Lay of the Lyrilim

Death by Knife and Fork