How Zebra’s Got Their Stripes

How Zebras Got Their Stripes
By
Garrett Cohen

Once upon a time, when the Earth was still young and green, zebras of many colors walked the vast lands of Africa. They were covered in colors of bright yellows, reds, greens, purples, and blues. The other animals would call them the rainbow horse. They were so beautiful that the lions and cheetahs wouldn’t dare eat one of them, only wishing to gaze upon their colored stripes. Every day the herd would gallop across the vast plains of Africa, led by their chief, who was called Dath Tapa. He was the swiftest of his kind, who’s speed outmatched that of the fastest cheetah.

He loved his people. Ruling them justly and leading them to the sweetest grasses and the coolest of water to be found, but he possessed one troublesome vice, his pride. He thought his people were the swiftest and most beautiful of all the animals. His pride made him arrogant, believing his people were the greatest of nature’s creations. He would run across the land with his quickest subjects, yelling and proclaiming their greatness, much to the annoyance of both plant and animal.

For years Dath Tapa boasted of his many colors and great speed, growing more and more arrogant. But one sunny day, while out running across the land that would one day be called Kenya. Dath Tapa and his herd came across the home and garden of lady Infinity. Infinity however was not home at the time, but instead on holiday with her husband Time somewhere in Norway.

The zebras gazed in amazement at the splendid garden that contained every fruit and vegetable that has ever existed. From sweet apples to cucumbers, to fields of potatoes and oranges galore. There was even fruits and vegetables that man has never seen, nor will ever taste. All the zebras eyed the feast that lay before them, but none made a step towards the succulent treasure. You see, it is hard for a herd to adapt to change, and even harder for an individual to take the first step and convince the rest of them as well. But Dath Tapa was fearless and neighed to his people, “Come my brothers and sisters do not be afraid and partake in this glorious feast. Whoever owns this garden will be honored to host the most beautiful of animals for lunch and if they are so ungrateful, than we will simply run away, for we are the fastest on the earth.”

With those words the zebras proceeded to feast on the succulent garden. After two hours of eating, the garden had been decimated. The remaining fruits and vegetables only being left because the zebras were too full to have another bite.

The herd spent the rest of the afternoon sleeping in the soft pillow like grass, happy with the productive day they have had.

They were fast asleep when Lady Infinity and Time had returned. They knew something was wrong when they saw an army of colorful zebras sleeping all around there home. When the couple had made there way to the backyard, they beheld the destruction that had been wrought on their garden.

Infinity went from horrified to enraged, as she grabbed a tree branch that was as thick as a man’s arm, and began furiously racking every zebra within her reach atop the head. Now, scaring a zebra can be a dangerous thing, but to scare a whole herd of them is to cause utter mayhem. The herd of zebras ran in all directions, kicking and neighing in panic and confusion while lady Infinity kept hitting them with her stick. Dath Tapa awoke when he herd the cries of his people. He made his way to the center of the problem, finding a women with red hair and wearing a green dress smacking the head of one of his subjects. Furious he ran over to confront the strange woman.

“What madness possesses you woman? What right do you have to attack my people as they rest from their merrymaking?”

“Do not think that you may address me as one of your rabble king of zebras, you have invaded my home and destroyed my garden,” said Lady Infinity, waving the stick in his face. “Such a piece of beauty took me over two-hundred years to cultivate you foolish rainbow horse.”

Dath Tapa could have begged forgiveness of the lady, but his pride had risen to the challenge.

“You should be grateful Lady Infinity, you have had the honor of feeding the most beautiful creatures of the Earth, Yet instead you are cruel and ungrateful for the honor. You have acted like a cranky old lady, who hates to see others happy,” said Dath Tapa in a huff.

Infinity was rightly infuriated. Her rage was near eruption, and if Time had not intervened we would not know what a zebra was today.

Time took Infinity to the side, out of the Zebra’s earshot and said “My love, I know you are fiery with rage, but I wish that you will not kill these creatures. They are arrogant and prideful, but they are not cruel or evil. Allow me to humble them, show them that thy’re a small fish in a massive ocean.”

Lady Infinity thought of this, and smiled. She knew her husband well, and what she knew was that whatever he had planned would be quite the show.

Time walked over to Dath Tapa and said “You have been very naughty zebra, if you had asked for forgiveness I would have granted it, but instead you were prideful and foolish. Yet, I am a kind man and will give you a chance to go unpunished. If you beat me in a race I will let your people go free and even allow you the choicest bits in our garden every harvesting season.”

Dath Tapa’s ears went up. Though he did not show it, the king of zebras was excited. Not only would he be the only creature of the Earth to beat the great and powerful Time in a contest of speed, he and his people will be fed the best food every season.

He accepted the challenge, confident in his future victory. The next day Time, Infinity, Dath Tapa, the herd of zebras, even some of the local animals appeared to watch the race.

Dath Tapa stood proudly at the starting lines. His body shined with his many colors, while Time stood with a big grin on his face, for beings such as Time are busy people and do not get to participate in such games as often as they would like. The rules were pretty simple, the first person to run across the world and get back first wins.

The moment Infinity dropped a feather, signaling the start of the race, a massive explosion of dust was the only thing everyone saw.

Dath Tapa had run so fast that he was already in Spain, and he was elated. The race had barley started and he was already in the lead, truly he was the greatest. His elation suddenly turned to surprise when he saw Time suddenly on his tail. But instead of running he was just walking, somehow catching up to him. Dath Tapa began running even faster. So fast that he crossed the Atlantic and entered Canada in three minutes. The rainbow horse thought that surely he had left Time in the dust. He was running faster than he or any animal had ever ran before. For a second time he looked back and to his shock, Time was even closer than before. Desperation filled the king of zebras, he now pushed himself to run even faster. As he ran light vanished, as if sucked away.

Dath Tapa felt his skin tingle, like when ice touches your skin. Suddenly, he was back in Kenya, Time stood at the finish line.

The king of zebras knew he had been beat. He walked over to Time and Infinity, not noticing the shocked faces of the zebras and other animals.

“You have won the race my lord, I await your punishment” said Dath Tapa humbly, his pride having been cooled.

“That I have,” said Time. “But I feel you have been punished enough.

Dath Tapa was confused by this his confusion was lifted when Infinity pulled out a mirror, revealing that the lord of rainbow horses had black and white stripes.

Time explained to the shocked zebras that during the race Dath Tapa had ran faster than light itself, causing the rainbow color of his skin to be pulled off. While he was able to outrun light, no one can outrun Time, one can only prolong him. Time told Dath Tapa not to be ashamed at his loss as he had ran so fast that instead of walking Time had to jog.

Dath Tapa’s pride had been shortened and he was not ashamed of his loss, for few beings can say that they have raced Time and outrun light at the same time. The king of zebras had grown wiser in this lesson in humility, but at the price of his magnificent colors.

After the race he sent the rest of the zebras back home, while he himself stayed behind to help in repairing the damage done to Infinity’s garden. For two long years he would plow the field and eat sour, unwanted weeds, while also becoming good friends with Time and Infinity, learning many things about the world, and secrets that few know.

On the final day of his service Dath Tapa’s herd had returned, they wished to have their king back, but Dath Tapa refused as he believed himself not fit to be king of the rainbow horses. He named his brother as the new king and though he would be a good and kind ruler, the entire herd was racked with sorrow at the loss of the old king. However, not all were content with this, as the most loyal and closest to Dath Tapa strode forward and made clear that they would stay by his side no matter what. They asked Time to take their colors as well, to make them black and white like their king. Time agreed, so he took their rainbow colors and tossed them into the sky, creating the first rainbows, which brightened the sky with its bright and beautiful colors.

With a smile only a zebra can make, Dath Tapa and his most loyal friends ran out into the great wilds of Africa, looking for new adventures while also remembering the lessons that Infinity and Time parted upon him. The rainbow horses however did not stay in Africa, but instead left for a land that even I do not know of, but I do know that they were able to find happiness and peace. As the years went on Dath Tapa’s people multiplied, and managed to cover most of Africa, even though they were hunted by the many predators of the land. Even today Dath Tapa’s people still roam, and he himself still lives. On occasion he will even visit Time and Infinity to have lunch with them in their lovely garden. 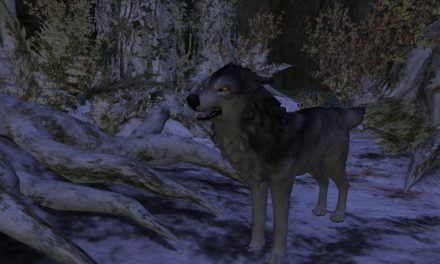 The Hungry Wolf and the Maiden: A Modern Fable 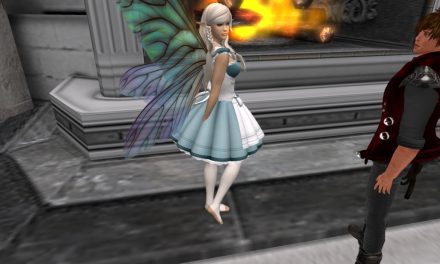 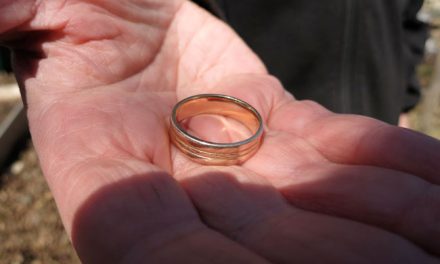 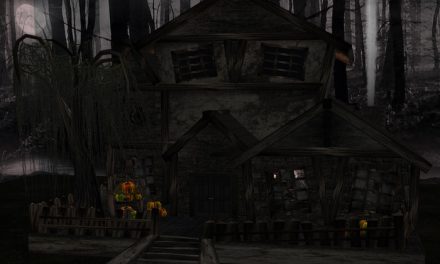