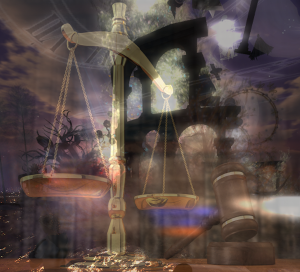 “What’s going on, Rog?” Jet matched my stride, leaning ahead trying to get in my face at the same time. “The Editor just took me off every story I was working on,” his voice straining to stay in a harsh whisper, “and told me to give you a hand. I had to pass primo stories to reporters who would sell their mother’s virtue for the leads I gave them.”

Jet lost a step as a thought must have dawned on him, “And since when do you need help with a human interest piece?”

“Get your team together, we’ll meet in my office in ten minutes,” I told him.

“Your office?’ Jet stopped dead in his tracks. “You have an office?”

“Conference room twelve is our territory now,” I told my bewildered friend over my shoulder.

I know I shouldn’t have enjoyed his confusion, but how often does a hum-int writer get to boss around a top hard-news reporter?

I punched a couple buttons on my comm. My thoughts turning serious.

Walking away, Jet had overheard the call and turned, giving me a curious look.

“Nine minutes,” I told him.

Politics, Military, and Psych were next on my list.

Then I smiled, and made one more call.

I gave everyone a few minutes to chat, and to realize no one knew more than anyone else about why they were there.

“Grab a seat everybody,” I said as I entered.

I set my coffee down on my desk, and faced them.

“One; we are not working on a human interest story.”

Jet visibly relaxed at that.

“Two, each of you is the best in your field, and we’re going to need every source and contact you have. We will be working on the most important story of your careers.”

I purposely paused to make sure that I had their attention, “We are going to try to save humanity from extermination.”

Dawning surprise turned to shock and confusion, then bedlam.

Once they quieted down, I gave them our assignment.

“I have been tasked with writing the letter. Many of you know I served in the Star Infantry as Commander Sykes Aide-de-camp. He usually delegated the condolence letters to me.”

“Serves you right for being such a sensitive guy,” Jet quipped.

“So, what letter do you need our help with?” asked Vanessa.

I looked at my watch.

Jet gave me an impatient and miffed look; he had been slated as the lead reporter on the story.

“The replacement Ambassador from Quanri Vel was aboard.”

“Holy Mother, the Vel’s will hold us responsible,” Dwight from Politics blurted out.

“By now they’re locked onto our sun,” said Captain Nelson, retired. Our journal had scored a real coup when he signed on to run the Military desk.

“Yes, they have been kind enough to inform our ambassador there that the Nova Generator is locked onto our star,” I informed them.

“We have been tasked to write the letter of condolence to their government. If they like it they won’t vaporize our sun. However, if they deem earth to be liable, they won’t hesitate.”

“Five percent,” Captain Nelson put in, his mind already wrapping around the mission.

“Yes, we have to show they were at least five percent responsible. And worded in the nicest possible way,” I said, agreeing with the Cap.

“Free will, it was his, or her, own decision. Nobody forced them to get on that particular transport. Or, maybe they were required to use that ship for this very reason,” Dwight said.

“Have your team run every possibility down. Perhaps this was a political coup of some kind. If not, free will gives us only one percent,” my eye tried to meet every one of theirs as I looked around at our world’s best hope.

“Where did the ship fuel? What other stops did it make? Sabotage or improperly processed fuel could account for this,” Nelson brainstormed.

“Run it down, Cap. That could get us two percent or more”

“Suicide?” asked Jet. “Maybe he felt disgraced by being sent to an Immature Level Five world. Or he might have been trying to hide a serious illness.”

“You might have something there.” The intricate cast system coming to mind, “Quanri Vel is an Enlightened Level Two world. Being ambassador to a bunch of apes may have bruised his delicate sensibilities.” I eyeballed jet, “Run it down.”

The room went dead silent. She around and shrugged her shoulders.

“Hell hath no fury like a woman scorned,” she rolled her eyes.

“But they are an androgynous race,” Nelson said, by the expression on his immaculately shaven face shocked by the idea.

“Vanessa, Jules . . . everyone in your two departments works on nothing else. Could be a male, or female lover, or even a married couple,” I dreaded the thought.

“If there are pictures or video, we’ll find it,” Vanessa promised.

“That you certainly will not do,” lifting my hand, shaking my head.

“We need rumor, and reasonable suspicion, but not proof. If you find proof you will destroy it, and never tell me. I will be the one to present our letter to their embassy. They are sure to require their Communicator to search my mind.”

“That’s why they handed this disaster to you, because you’re a Sensitive,” Jet no doubt happy to have fit that piece into the puzzle. I could tell it had stung him, being pulled from a lead story.

“But why don’t you want proof?” Jules asked, looking around mystified.

“Earth is only seen as a mid-level Immature culture. For a Quanri Vel to engage in sex with one or more humans, it would be far worse than mere bestiality. It would shame their entire race,” I laid it out.

“At the very least. Do not find proof. We only need a reasonable suspicion. That would clear us, and more.”

“Indeed,” I said, confirming, but not answering his question.

“Let’s get to work people, I need that five percent.”

“He chose the transport himself, so we agree with your finding of free will,” the Quanri Vel Ambassador said in a very polite, yet condescending tone.

We had worked like a hive of bees running down every lead. Then Nelson and I had worked on the Letter.

The Ambassador and their Communicator both continued to read my Letter of Regret.

“We also found no evidence of sabotage, this we agree with. Your open question on fuel contamination based on the refueling schedule has merit, and will be investigated,” the Communicator said.

“However, I can assure you my replacement suffered no failure of mind or body. This is confirmed by double-blind testing,” the Ambassador said.

“The result is, you have shown insufficient cause in this matter. I am sorry to inform you that my government will view this most gravely. While we cannot be merciful, it will be quick.”

“There is yet a matter I felt best not to put into the letter, Ambassador,” I said as they began to turn away.

“Forgive my words, Enlightened Being,” I said with humility, my open palms extended, “they bring me no joy.”

“We have heard rumors, amongst our own species, and from more Mature cultures. Being rumors we were prepared to dismiss them. But with our world in peril, we were forced to investigate,” I paused.

“With investigation, we developed a Reasonable Suspicion. Forgive me, Ambassador, but it appears that the deceased ambassador has possibly had dalliances with members of my species, up to the present time.”

“Impossible, could not be,” he said, and staggered back to his chair. Collapsing, he held his face in his hands.

The Communicator stood in shock, unable, or unwilling to move.

I pushed my dagger in deeper, “We could get you proof, but we decided to end the investigation. I can only tell you that it appears blonds were a favorite.”

The Ambassador looked up, face pale, “With your own world in peril, you stopped the investigation?” That is the behavior of a much more mature culture.”

“We had to end it, Enlightened Being.” I shrugged my shoulders. “Proof of these dalliances would be disruptive to your species. Why should two worlds suffer?”

Disruptive? The horror of it would have them committing suicide by the millions. You know it and I know it were the true words that passed between us.

“Your world will be spared, Young One. Your species show much promise. An upgrade in status to Immature Level One will be arranged.”

“Yet the threat remains to your species,” I pushed, it had to be said.

The Ambassador nodded. “Others, who wish to harm us, would find such proof. We are an Enlightened Culture. Many would use this to destroy us.”

He, or she, had his face in his hands again, perhaps weeping.

“There may be a solution, Enlightened Being,” I cast mankind’s best hope out into the cosmic wind.

“What is the lowest cultural level an Enlightened species might have such dalliances with?” I raised my eyes to stare at him.

“Senior Mature Level Three,” he answered, with realization. “If we raised your world’s standing, there would be no shame in what was done.”

He turned to the Communicator, who stood, jaw gaping with a little quiver, a trickle of drool leaking from one corner of his mouth.

Hey. I was only suggesting granting earth the cultural level we were certain to attain in a few million years anyway.

“I will speak with my people.” The Ambassador jerked his eyes from the traumatized Communicator to meet mine once again. 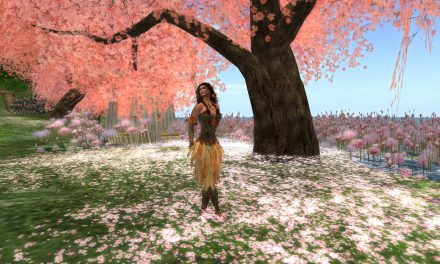 The Fish with Legs