Touch of the Grave

Touch of the Grave

“The mortal coil is nothing!” the elven necromancer screamed. “I will destroy you from beyond the grave!”
“Go crap in a river!” Zev shouted. The dwarf buried his axe in the skull of the zombie in front of him. It sank to the ground, but Zev’s smile became a scowl as two more took its place.
The death-priest screeched an arcane phrase, and the crystal ball before him began to drain the light from the room.
“We’re not gonna make it!” Dante shouted in a panic. He waved his rapier, clipping the fingers off a walking corpse, but his blade was ill-suited for dealing with the shambling things. This was in contrast to Fada, whose magic and mace made her uniquely equipped for such a threat.
“The Hells we won’t!” Catriona shouted. She leapt sideways with the agility only an elf could possess, and ran along the wall, above the rotting heads of the necromancer’s vile servants. She gave a warrior’s scream, swung her short sword in an arc, and smashed the crystal ball.
The necromancer stared in horror. “You fool.”
A moment later, the air exploded with ice and wind and darkness. The zombies in front of Zev crashed forward, faster than their decayed muscles should’ve allowed. Their crushing weight bore him to the ground. He thrashed, panicked. They may be slow, he knew, but their teeth and claws would mean death for him just the same. But it soon became clear that they weren’t fighting him at all. He pushed himself out of their still forms, chest heaving. In a final fit of coughing, he straightened.
Behind him, Dante did the same. “Y’know,” the fencer said, “Much as I like being buried in bodies from time to time, I typically prefer those of courtesans, not corpses.”
“Gross,” a low, feminine voice sounded, as Fada’s athletic, orcish frame kicked the dead aside.
“I said ‘not corpses’,” Dante reiterated.
“Still gross!” Fada grunted.
Zev heard none of it. His eyes were locked on the two elves before him. The necromancer lay still, a shard of his own crystal ball lodged in his neck. But so, too, lay Catriona.
“C… Catri!” Zev called. He stepped towards her. “Catriona!”
“No,” Fada whispered.
Zev approached the girl. He looked at her once beautiful body, now twisted by the necromancer’s spell. Her dappled skin was thin as parchment, and the veins that pressed through it were filled with a thick, black substance.
“Catri,” Zev mumbled again. He sank to his knees beside her, lifted her head into his lap. Her eyes stared up at him, empty.
“I…” Dante began, but he trailed off, dodged Zev’s eyes as the dwarf looked at him. His feathered cap was pressed against his chest.
A hand touched Zev’s shoulder, firm but gentle. “We should leave,” Fada said.
Zev wanted to protest, but he swallowed it and nodded. He took a deep breath as he rose. “I would not…” he swallowed again, “I would not leave her here, or in an unmarked grave.”
“Where should we take her?’ Fada said. “She was your apprentice, old man. Where would she want to be taken?”
Dante ran a finger over his salt and pepper mustache. “I should think she would want to return to Éireann, to rest amongst her people. I know a port town only a day’s hike from here. From there another day aboard a ferry could get us to the Isles.”

They burned her body with the setting sun. Catri stood beside him, as the priest whispered words of magic, and laid his hands on the logs that surrounded her body. A chill struck Zev’s hand, and he looked down to see that Catri’s spectral fingers passed through his. He smiled at her, even as the tears flowed freely down his cheeks. She smiled back at him, even as her ghostly skin flitted away, bit by bit.
When the flames had burned low, the body almost vanished within the bed of coals, Catri drew close, and pressed her spectral lips against Zev’s. He closed his eyes, lost himself in the cool softness of the moment.
When he opened them, the fire was out, and she was gone.
Dante gave a hoarse cough, wiped at the corner of his eyes.
“Well,” he said, “I uh… I could use a drink. How about you?”
“Whoa!” Fada said, “The old man just said something that made sense. Quick, someone check the weather in the Nine Hells.”
“You guys go on,” Zev said. “I’ll catch up in a minute.”
“Ugh, but who will protect me from the old man’s crazy stories?” Fada whined.
“Crazy stories, indeed,” Dante scoffed, “Why, that’s almost as disrespectful as this kobold lass I met in Siene….”
Zev smiled as the two walked off, bickering. He turned to regard the ashes one last time, then followed.

D.M. Kiely is an Education Major at the University of Central Florida, and a veteran of the United States Navy. He is obsessed with books, tabletop games and his 5 dogs in equal measure, and is a proud member of the Orlando Community.

How Zebra’s Got Their Stripes 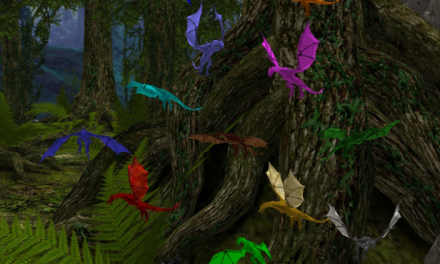 The Universe of Magical Things 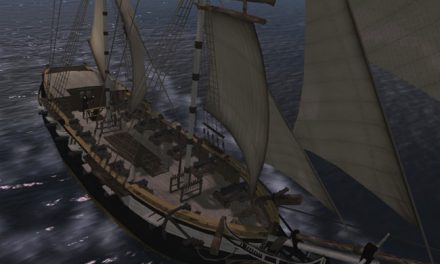